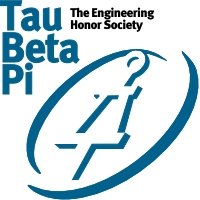 The Tau Beta Pi Michigan Gamma Chapter has been awarded the 2014 R.C. Matthews Outstanding Chapter Award for the 2013–2014 academic year. The award was conferred on October 4, 2014 at the 109th annual Convention, held in Spokane, WA.

Now named in honor of former Executive Director of Tau Beta Pi, Robert Clayton “Red” Matthews, the award was established by “[t]he 1956 Convention ... to encourage and recognize high-grade work by the chapters in both routine and special affairs. The award is based on how well chapter service projects fulfill the objectives of Tau Beta Pi and on the quality and promptness of chapter reports to the Headquarters.” This marks the 3rd time that the chapter has received this award (previously in 1978 and 1980) . Additionally the chapter has received an honorable mention 10 times (most recently in 2009).